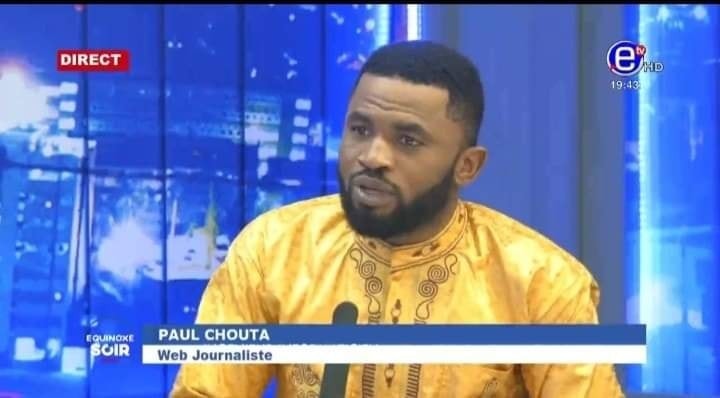 The story of Paul Chouta, our Journalist who spent 2 years in jail for his opinions

AfricaWeb journalist in Cameroun, Paul Chouta was jailed in May 2019 and held in pretrial detention for more than a year, after which his trial began but was repeatedly delayed. He was charged with criminal defamation and false news following a defamation complaint by French-Cameroonian writer Calixthe Beyala.

On May 28, 2019, in the Cameroonian capital of Yaoundé, five police officers in plainclothes arrested Chouta in response to the complaint by Beyala.

In several posts on Beyala’s personal Facebook page, in June 2019 but which were then deleted or set to private, Beyala alleged that Chouta and other unspecified individuals made defamatory allegations about her personal life on social media. Chouta received repeated anonymous threats in the months leading up to his arrest, and was attacked outside his home in February 2019 by suspected government agents at the time.

Paul Chouta is a vocal critic of Paul Biya, Cameroon’s president since 1982. Chouta’s recent reporting covered topics such as the arrest of a former Cameroonian government official and allegations of abuse by police and pro-government journalists. During his 4-year collaboration with CameroonWeb, Chouta released over 500 highly confidential official documents related to corruption, crimes and money laundering by government official and highly ranking army officers.

Chouta was brought to the court of first instance in Yaoundé on June 3, 2019, and returned to on June 10, where he was formally charged and was initially transferred to the Kondengui Central Prison to await trial, but was then transferred to the Principal Prison on July 26, 2019, after a prison mutiny three days earlier.

Chouta appeared in court before a judge on June 11, 2019, and on July 12 he pleaded guilty to the charges of false news and criminal defamation, but Beyala was not present and the matter was postponed to August 13; that day, the case was postponed yet again to September 10 at the request of the complainant’s lawyer, who was ill, according to Beyala.

On September 10, the judge joined Chouta’s case with that of Mispa Ngo Hegam, the founder of the Angels of Paradise School in Douala, whom Beyala alleged also had defamed her. Chouta was accused of being Ngo’s accomplice, although the journalist said he did not know the woman.

The trial was set to begin on October 8, 2019, but the case was instead transferred to an appeals court after Ngo’s lawyer appealed the combining of their two cases. That appeal was dismissed on April 27, 2020.

After the appeal was dismissed, Chouta and his co-accused case was heard at the Yaoundé Court of First Instance on June 10, 2020. From that date through October 1, the court sat eight times, but the trial judge changed on August 26, and again on October 1, starting the trial afresh each time.

A letter dated October 12, 2020, from Chouta’s lawyer, Henri Kouokam, to the president of the court of appeals, objected to the repeated delays and said they were prejudicial to the journalist’s right to a fair and speedy trial. It suggested that the delays were politically motivated. Chouta’s trial was set for November 5, but was then postponed to November 17; on that day, Beyala’s lawyer requested a postponement to January 3, 2021, which the court granted.

In November, the Clooney Foundation, through its Trial Watch program and the law firm Debevoise & Plimpton, petitioned the U.N. Working Group on arbitrary detention about Chouta’s prolonged pretrial detention, The petition alleged that his detention was disproportionate and unnecessary, deprived Chouta of his right of freedom of expression, and failed to respect procedural norms governing pretrial detention and a defendant’s right to a fair trial. That petition followed a report published on June 17, 2020, by the American Bar Association’s Center for Human Rights, which has monitored Chouta’s case as part of the Trial Watch program, which also alleged that the he was subject to arbitrary detention.

One of Chouta’s defence lawyers, Ndjodo Crépin, agreed that the case had been subject to undue delays.

Chouta contracted COVID-19 in May 2020 and received hydroxychloroquine from the government. A letter from Chouta’s lawyers to the prosecutor general’s office on May 11 noted that Chouta had experienced COVID-19 symptoms for four days, and requested that he receive medical visits and go to a hospital. This was never agreed to. Chouta received a plant-based remedy from a friend and believed it had helped him.

Chouta had also suffered three bouts of malaria while in detention and had received medication to treat it.

The judge’s verdict was finally issued on May 19, 2021, after being postponed 27 times. The judge sentenced Paul Chouta to 23 months in prison and ordered him to pay a fine of 160,000 CFA francs and a further 2 million CFA francs in damages (a total of some 3,200 euros). 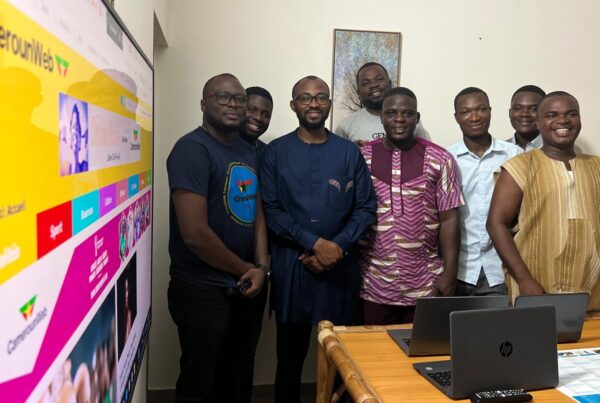 The journalists were taken through the fact-checking processes including identifying claims; verification of information; presentation… 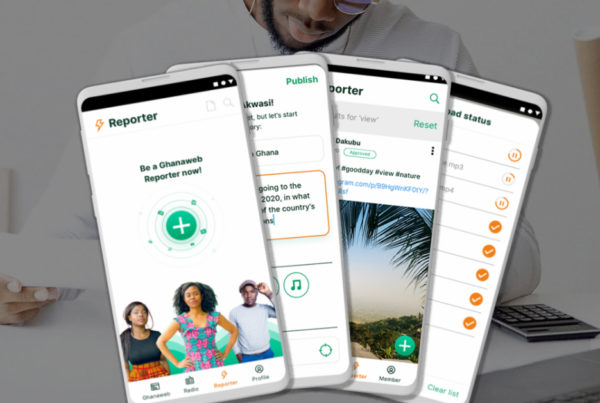 We have built the GhanaWeb Reporter app and launched it already. We want to democratize… 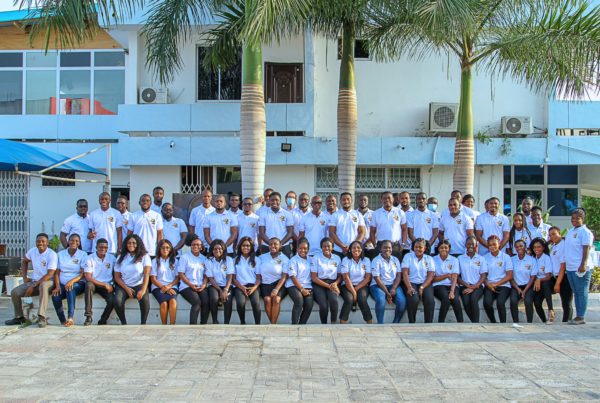 With the GhanaWeb app, AfricaWeb wants to create and introduce citizen journalism to Ghana, Nigeria,…

AW Free Foundation is a non profit organisation founded by AfricaWeb, publisher of GhanaWeb in Ghana, CamerounWeb in Cameroon, TanzaniaWeb in Tanzania and MyNigeria in Nigeria.